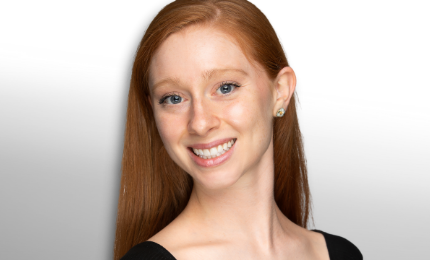 A native of Houston, TX, Daniela Maarraoui began her training at the City Ballet of Houston from age four to 18. While training, she attended various summer programs at Houston Ballet, Joffrey Ballet, and the HARID Conservatory. Additionally, she competed in the 2014 International Ballet Competition and performed in the 2016 Jacob’s Pillow Dance Festival.

After graduating high school, she joined The Joffrey Ballet as a trainee and was promoted to the Studio Company the following year. At Joffrey, she danced and toured with the Vompany performing in Christopher Wheelson’s Swan Lake and The Nutcracker, Lola de Avila’s Giselle, as well as Krzysztof Pastor’s Romeo & Juliet. Maarraoui spent three months as a guest artist with the Semperoper Ballet in Dresden, Germany to perform in Aaron Watkin’s Swan Lake.

In 2019, Maarraoui joined Milwaukee Ballet for its 50th Anniversary season where she performed in Coppélia, The Nutcracker, Nicole Teague-Howell’s The Firebird and Timothy O’Donnell’s Sacre in Ballet Russe Reimagined.